Jason is dedicated, dependable, and a true team player! He has traveled and lived all over the world, but has considered Texas to be home for over 20 years. When Jason isn’t at work, he enjoys spending time with his sons, Jake and Walker. Together they enjoy spending time outdoors, often finding a trail to hike or somewhere to play on the water. Other interests include BBQ, Nascar, Texas Rangers baseball, and running.

Jason retired from the army in December 2019 after serving for 21 years! Since then Jason has streamlined his career at Chesmar and has been a true asset to everyone he works with. One of Jason’s favorite qualities about Chesmar is the warm hospitable culture that separates them from other builders. He holds a Bachelor’s Degree in Economics through UT Dallas and was commissioned from UT Arlington. 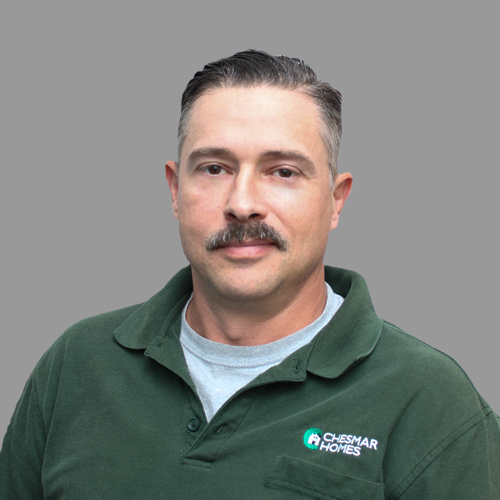